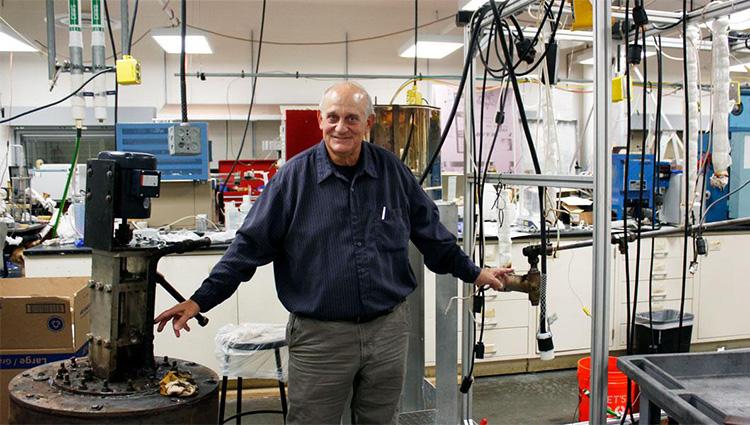 Dominic Gervasio in the lab of his co-primary investigator, Peiwen "Perry" Li, with a pump and a pipe used to research thermal energy.

University of Arizona engineers – including two chemical and environmental faculty members – are using $1 million from the Department of Energy to minimize corrosion in large-scale solar energy production.

The advantages of solar power are well documented. The U.S. Office of Energy Efficiency and Renewable Energy projects that meeting 27% of the U.S. electricity demand with solar power by 2050 could eliminate 8 billion metric tons of carbon dioxide from the atmosphere and provide $400 billion in health and environmental benefits across the country.

A team engineers led by Dominic Gervasio, associate professor of chemical and environmental engineering, is advancing methods for harvesting the power of the sun by detecting and arresting corrosion in the pipes that contain it. A three-year, $1 million grant from the Department of Energy is funding the work.